Robbie Williams appeared on GMTV yesterday and chatted about various rumours that have been circulating: check out videos of the interview and his performance of "You Know Me" after the jump! He once again denied he's engaged, but he did confirm his previous statement that he'll be touring again, saying he's planning to tour in 2011. He also joked about rumours he's going to join the judging panel on The X Factor, saying: "I'd like to confirm that that's a goer." His management recoiled in horror, so Robbie added: "No, I'm all right for the time being... Let me just clarify that, I'm not on The X Factor". While claims that Cheryl Cole wants to quit the show and have a baby have been denied, it looks like the show is heading to the US in 2011. Would you like to see Robbie become the fifth judge on the UK version? 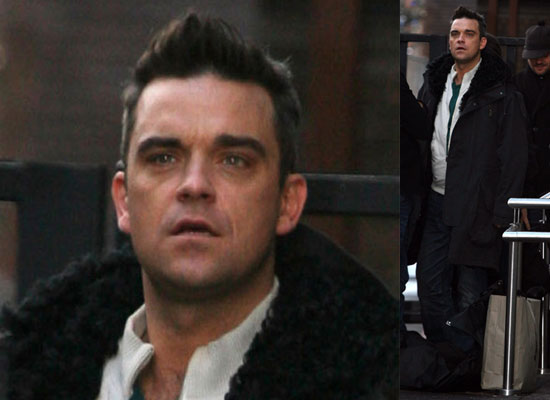 To watch videos of Robbie's appearance and performance on GMTV, read more.