Dressed in funky shades and blue suede shoes, Robbie Williams met up yet again with Gary Barlow yesterday, as they were both spotted heading into Electric Lady Studios in New York City. Although Robbie missed out on the Take That boys' night out earlier in the week, his daytime meetings are continuing to feed to rumours that the lads are likely to reunite. A GMTV reporter confronted Robbie about the rumours as he made his way into the studio, and Robbie joked that they're "thinking of entering the first five-man bobsleigh team for the UK". Check out the full interview after the jump, and let me know whether you think Take That will reunite. 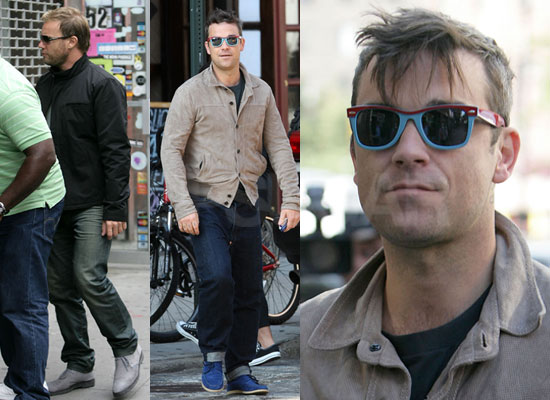 To see Robbie talking about Take That reforming on GMTV, just read more.