Robbie Williams smiled at photographers as he made his way into a studio in London yesterday to continue recording his new album. The building he's recording his tracks in is the same one that his former Take That bandmates are putting together their own new material, so it's leading to them meeting in the halls. Trevor Horn, who's been working with Robbie at the studio, said: "They're all in the building, Gary is in one of the rooms and Robbie's there, so they bump into each other and they get on brilliantly." 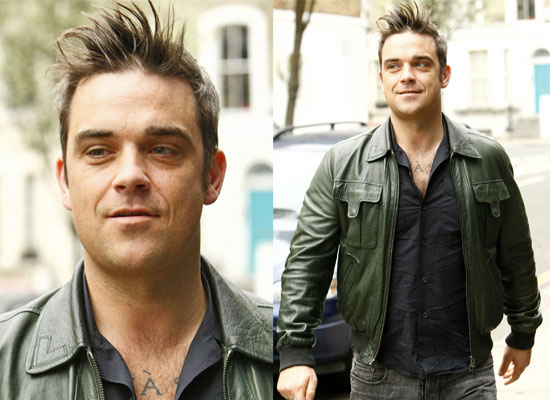 I know that some of you are not too interested in talk of a reunion, but since they've all admitted they made some mistakes and would like to work together again someday, I have to say I'm rather intrigued by the thought of a five piece Take That reunion sometime in the future.