Robbie Williams was looking healthy and handsome in Manchester last night, as he watched the opening show of the touring production of We Will Rock You, a musical based on the music of Queen. He made the trip as the show stars his best pal Jonathan Wilkes. Ant McPartlin also showed up to see Jonathan in the show, and when he learned Robbie was there too he said: "I haven't seen him for a while, so I'm looking forward to seeing him." A night out with Ant, Robbie and Jonathan sounds like quite the bromantic reunion! 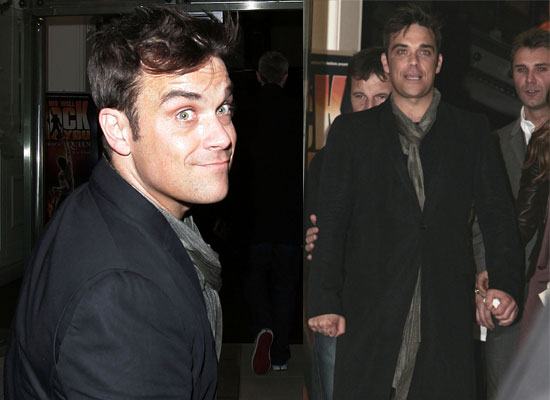