Robbie Williams is gearing up for his performance on this weekend's The X Factor in London at the moment, and yesterday he took some time out to complete the other part of his job on the show — mentoring the contestants. He was pictured leaving a London hotel with his girlfriend Ayda Field, where the contestants — including Lucie Jones and Jamie Archer — were also spotted! Robbie's doing his comeback gig to open the BBC Electric Proms on October 20, and it's been announced that the show will be broadcast live in selected European cinemas! Australia and South Africa won't miss out either, cinemas will also show the performance at a later date. Exciting! 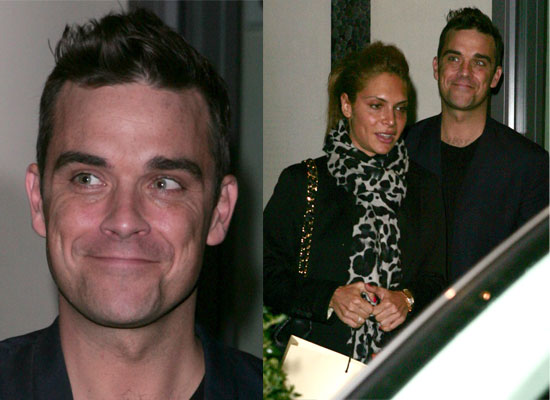