Robbie Williams was full of smiles as he performed at Miss France 2010 in Nice over the weekend, with girlfriend not fiancée Ayda Field watching from the sidelines. Rob's in demand thanks to his comeback, with 50 Cent wanting to work with him, saying: "He has a unique voice and a different kind of energy to anyone I’ve ever ­listened to". If you've enjoyed Robbie's comeback this year be sure to vote for him as your favourite British singer of 2009 in my poll! 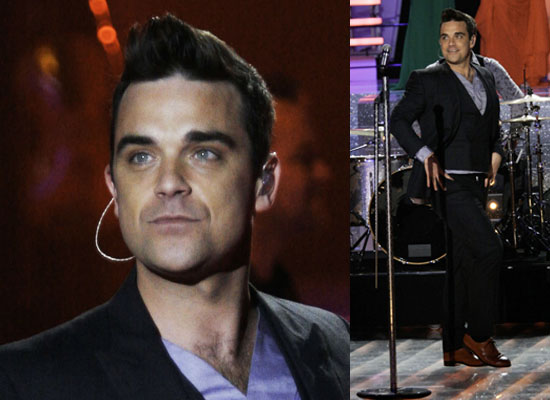