Robbie Williams was looking smiley and a little dishevelled outside a recording studio in London yesterday, wearing some funky monochrome sunglasses. While his ex-bandmates, Take That, kicked off their spectacular tour last week, Robbie has been working hard on some new material in the studio in the capital. The songs will appear on his new album which should be released later this year. While a Take That reunion is inevitable at some point, Jason Orange has revealed that Robbie won't be joining them on this tour at any point, saying, "He said it's not right for him." 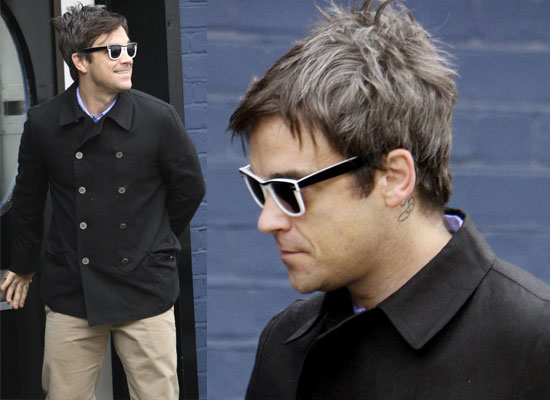