Here are the first photos of Robbie Williams in New York leaving a studio with his old Take That bandmates Gary Barlow, Howard Donald and Jason Orange! Mark Owen was also there, as the band celebrated Mark's stag do in Soho House in the city at the weekend, and then moved on to the studio to get some work done. There are rumours that the boys are working on new tracks together at the Electric Lady studios in NYC, but Take That are mainly there to put the finishing touches onto their live double album, so they may have just been letting Robbie and his girlfriend Ayda Field listen to the tracks. Either way it's great to see them all getting on so well, and certainly seems like a reunion onstage is getting much more likely! 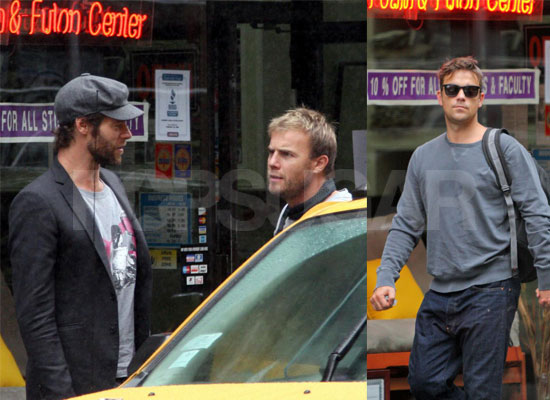