Robbie Williams wrapped up warm as he left a studio in London last night. According to The Sun, Robbie's been rehearsing ahead of reuniting with Take That tomorrow evening for a Children In Need concert at the Royal Albert Hall. Gary Barlow has organised the charity gig, which will also reportedly see Paul McCartney join the band. It's lining up to be quite a gig, with Cheryl Cole, Dizzee Rascal, Leona Lewis and Snow Patrol also set to perform. Robbie's spoken about wanting to reunite with Take That, so it's great to see it finally happening. 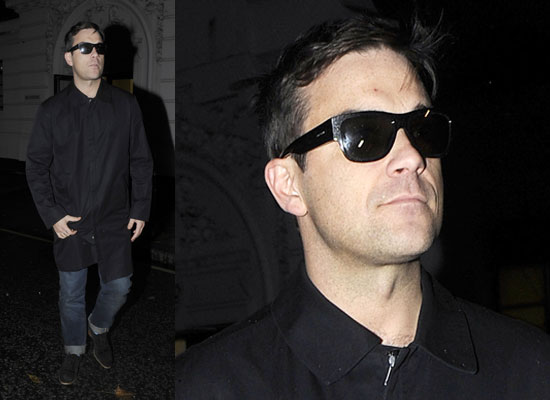