As expected, Robbie Williams joined his old Take That band mates on stage at the Royal Albert Hall last night as part of the Children In Need concert. It was the first time in 15 years Robbie had performed alongside Howard, Mark, Gary and Jason, and he was understandably emotional and was in tears. Although Robbie and Take That didn't perform a song as a five-piece, they did sing together in the show's finale performance of "Hey Jude" alongside Paul McCartney and the other acts who performed on the night, like Leona Lewis. Cheryl Cole performed with Snow Patrol, Lily Allen joined Take That for "Shine", and Shirley Bassey and Dizzee Rascal sang together. Check out video of Robbie's TT reunion after the jump! 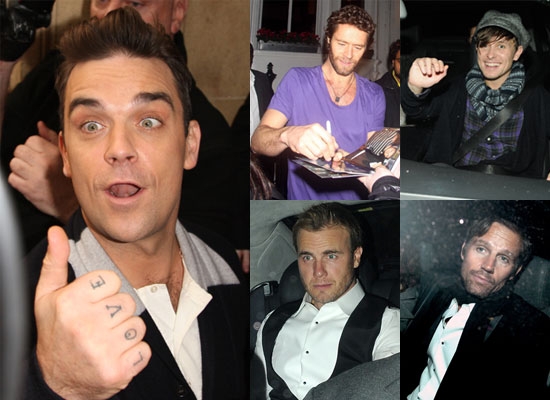