Robbie Williams was spotted out in North London today, riding around the streets on the back of a friend's bike. He spent some time in a recording studio in the capital earlier this year, working on some new material. Then, while his ex-bandmates Take That toured the UK he took a holiday with his girlfriend Ayda Field and his dad in the Caribbean, with a stopover in Miami. With a possible appearance on The X Factor coming up next series, and a new album in the works, it looks like we'll be seeing a lot more of Robbie in the upcoming year. 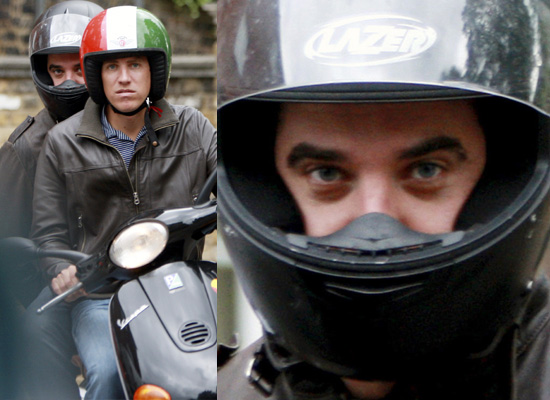