The stars were out at the Palais des Festivals in Cannes last night for the NRJ Music Awards, where Robbie Williams picked up two awards — one for Best International Male, and one special recognition award. Last year there was a big mistake where Katy Perry was announced as winning Best International Song instead of the actual winner — Rihanna, and this year a similar mistake occurred when Black Eyed Peas were announced as Best International Group, although Tokio Hotel had actually won the trophy. Oops! 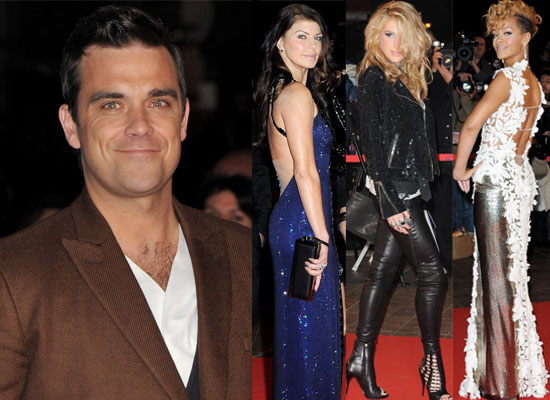