Following the news that Leona Lewis, Rod Stewart, JLS and Michael Buble had signed on for Simon Cowell's Helping Haiti charity single, it has been announced today that Robbie Williams and Take That will reunite and sing together for the good cause. They're due to record their vocals in Los Angeles today, and it will be the first time Robbie has performed with his old band mates since 1995, although it isn't known whether they'll record together or separately. Rob said: "I'm very honoured to be asked to contribute to the single. We can all do something to help the people of Haiti — and I urge everyone to do what they can." 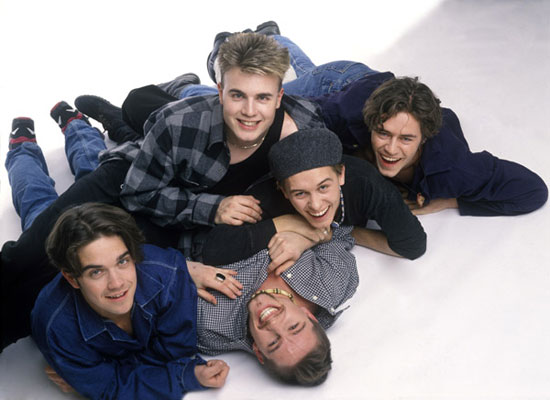 Kylie Minogue has also just confirmed her participation in the cover version of REM's "Everybody Hurts". Recording is already underway, with stars like James Blunt, Mark Feehily, Cheryl Cole and her X Factor protégés Joe McElderry and Alexandra Burke already laying down their vocals in the studio, and Mariah Carey, Miley Cyrus, Susan Boyle, James Morrison and Mika are also taking part. Will you buy the single?