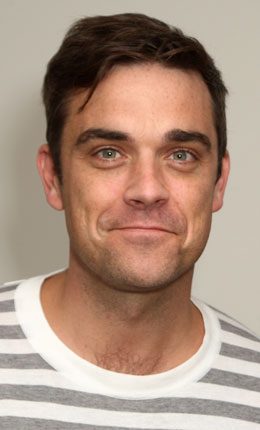 Robbie Williams will receive the Outstanding Contribution to Music Award at the 30th Brit Awards on February 16, 2010.

The news comes after his critically acclaimed comeback gig for the BBC Electric Proms on Tuesday night, and ahead of the release of his new album Reality Killed the Radio Star.

The Chairman of the Brits Committee, Ged Doherty, stated:


"Robbie is one of the outstanding artists and performers of his generation. It will be an absolute thrill to have him at the BRITs' 30th anniversary show receiving the Outstanding Contribution Award. We are delighted."

He's certainly done a lot for British music, and holds the record for winning more Brit Awards than any other artist. Do you think he deserves this award?