Robert Downey Jr was out in London yesterday, arriving at the set of Guy Ritchie's new adaptation of Sherlock Holmes, costarring Jude Law. The actor and his friends were pretty camera shy though, with Robert hiding away into his coat. Following his controversial performance in the Tropic Thunder (currently sat at number three in the box office) I have a feeling that this role will require less physical changes of Robert, and certainly less time in the makeup chair.I'm pretty excited about seeing any movie he stars in, so you can mark this one down as one I'm anticipating for 2009. 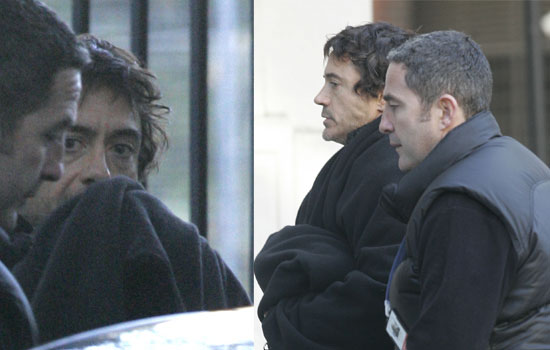