We've finally got a peek at Robert Pattinson arriving at the Eclipse set in Vancouver. He's made time in his busy schedule for magazine interviews, but (as expected) that interview with The Mirror where Rob allegedly claimed he was single has been confirmed as fake by his rep, who said: "Robert did not speak to the Mirror, and their claim that they spoke to him a few days ago is manufactured along with any information that they claim to have as an exclusive directly from him." While Robert lost out to Angel's David Boreanaz on the sexiest on-screen vampire title in a recent poll, there's still time for you to crown him Hottest Shirtless Guy in Pop US's contest, and to let me know whether you think he's a sexy shirtless Brit! 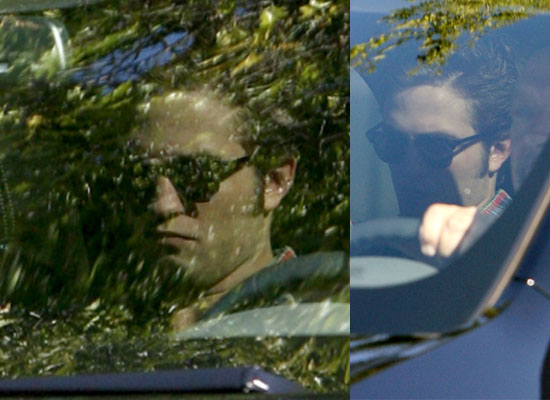