Robert Pattinson has arrived in Vancouver to start filming Eclipse reshoots with Kristen Stewart and the rest of the Twilight cast. We spotted Rob leaving Heathrow Airport yesterday with guitar case in hand, and he was surrounded by security as he made his way to a waiting car. Taylor Lautner also attempted to go incognito in sunnies as he arrived in Vancouver the day before, but they weren't fooling anyone! The cast will no doubt be excited that Breaking Dawn has finally got a confirmed director, with Bill Condon taking the reins for the final book. 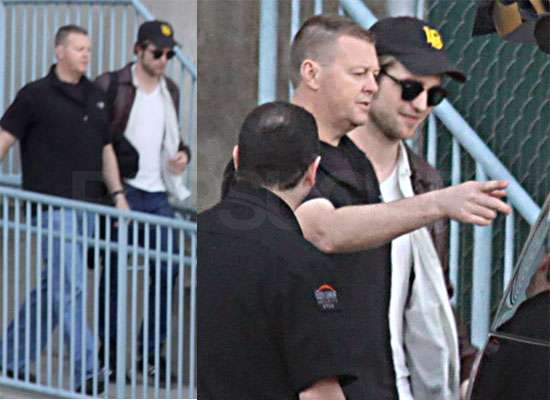