Robert Pattinson was decked out in costume as he took a break on the set of Bel Ami in London over the weekend, having arrived to filming on Friday in a more casual outfit. Due to his filming commitments here on home turf, Rob missed out on attending the Oscars with his Twilight love Kristen Stewart, who looked gorgeous on the red carpet, but there was plenty of love coming at him from Hollywood's biggest awards, as Zac Efron said: "He’s absolutely amazing. I think he’s making great choices. I think he’s handling it all really well, but you know, he’s a superstar. He really deserves all this". Rob also has his new waxwork to keep him company now he's back in the UK: check out pictures of the wax figure in the making! 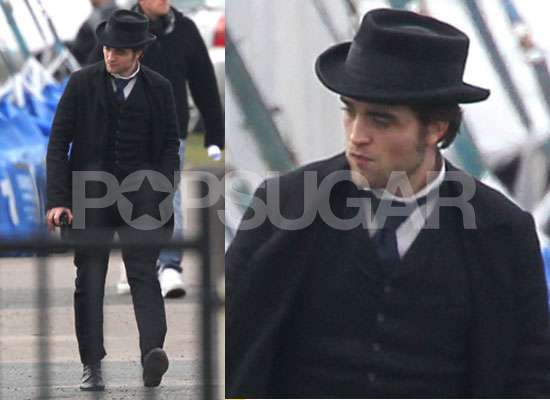