Robert Pattinson was covered in blood on the set of Remember Me in New York City yesterday. No need to worry though, he hadn't been hit by a taxi again, the Sexiest Man on the Planet was just roughed up for his role. It seems plaid shirts and baseball caps are the staple wardrobe for Rob on his latest film, and the makeup artist has been kept busy as he's sported a variety of cuts and grazes over the course of filming. Robert's so busy that he won't be able to join his Twilight costars on their cruise. Shame, I would love to see his on-deck style. 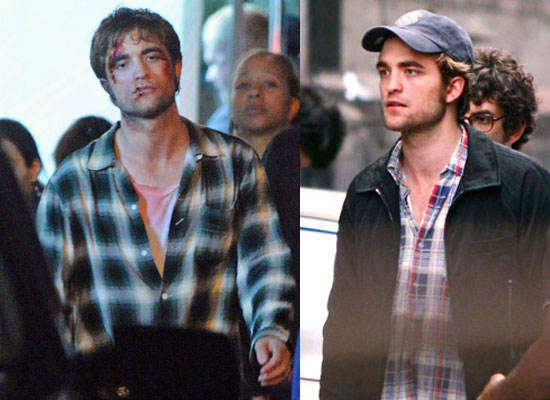