Robert Pattinson and Kristen Stewart are in San Diego at Comic Con right now, where they're promoting New Moon, the hotly-anticipated second Twilight movie. Before they headed there though, they had to finish up shooting on their respective movie projects. Rob's been working in New York on Remember Me alongside Emilie De Ravin, while Kristen's been playing Joan Jett while filming The Runaways alongside fellow New Moon star Dakota Fanning. Keep your eyes on the site to see photos of Kristen and Rob reunited at Comic Con! 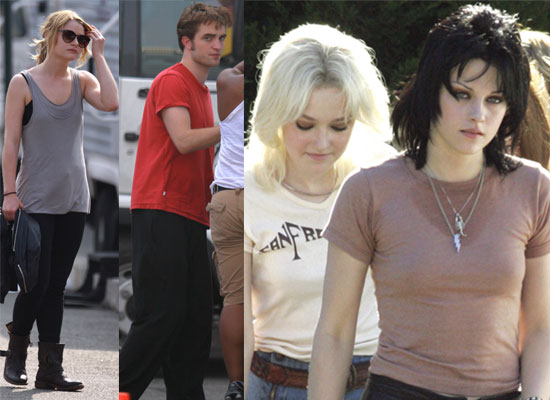