Robert Pattinson has been filming in New York City this week alongside his costar Emilie De Ravin for new movie Remember Me. Robert's huge Twilight fanbase was out in force too, with camera wielding fans mobbing him as he made his way to get to his mark for shooting to begin. His security guards had some trouble keeping the fans away from him, proving that he might not be our most eligible British bachelor, but he certainly still has a huge number of fans desperate to catch a glimpse of him wherever he may be. 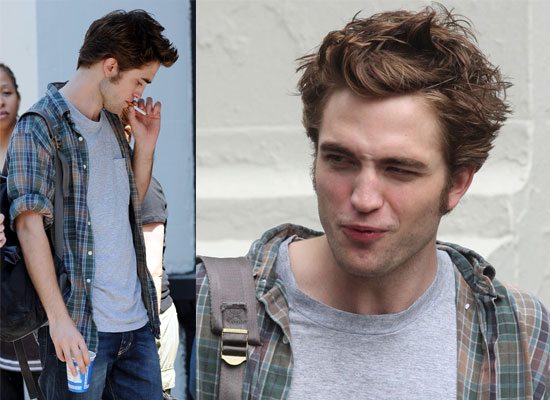