Robert Pattinson swapped the streets of Manhattan for the greenery of Central Park as he continued to film Remember Me with Emilie de Ravin yesterday. He sported yet more cuts and bruises as he enjoyed a milkshake with a young female costar and lazed around on Alice in Wonderland sculptures with a cigarette in hand. His time in New York will be coming to an end soon, though, as the third film in the Twilight saga Eclipse is scheduled to begin production on 17 August until 31 October in Vancouver. Fingers crossed for some more shirtless scenes! 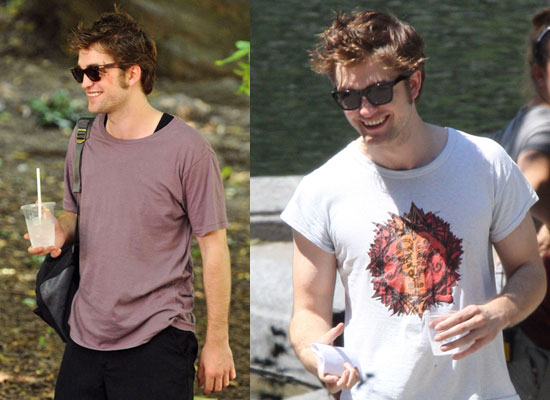 Loads more pictures of Robert with his costars, so just read more.