It's been another tough week of shooting Remember Me for Emilie De Ravin, as she had to go through the torture of kissing Robert Pattinson again! This time it wasn't out on the beach in the sunshine, but in Manhattan at night, with the giant panda still very much present! While his Twilight costar Kristen Stewart has completely transformed into Joan Jett for The Runaways, Robert hasn't had to make any semi-permanent changes to his hair or appearance, other than those nasty looking cuts and scrapes painted on by makeup artists. While another of his costars, Michael Welch, is worried about the level of fame that Rob's at, it looks like he's still having fun at work as he made faces with Emilie. She really doesn't have a bad job! 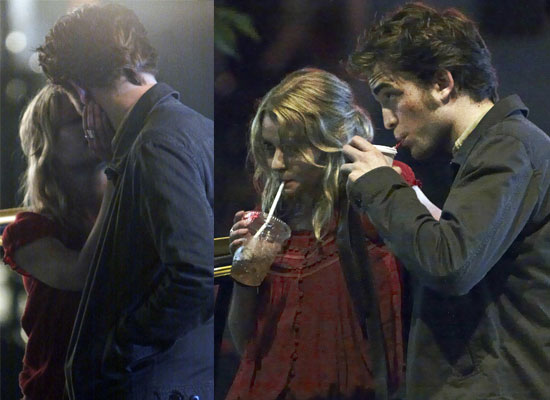 To see more photos of Robert and Emilie kissing and filming in Manhattan, keep on reading!