Robert Pattinson was spotted in New York yesterday, heading back to his trailer during breaks in filming Remember Me in the city. Emilie De Ravin used her break to smoke and chat to some friends while sitting in the doorway of her trailer, while costar Lena Olin had a chat on her mobile phone as she walked back to have a break. Robert didn't look like he was being bothered by the fans he's apparently "terrified" of yesterday, but maybe he should be watching out for a certain character named Bruno. Sacha Baron Cohen's character said he wishes that he'd fallen on Robert instead of Eminem at the MTV Movie Awards, saying, "...if I'd landed on him they would have needed the fire engines to unclench my thighs from his neck!" 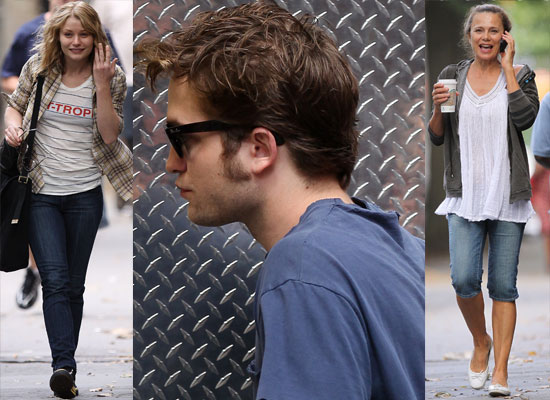 Cardi B
Cardi B Re-Creates Her "Wild Side" Video, and It May Just Be Even Sexier Than the Original
by Monica Sisavat 2 weeks ago