Robert Pattinson wore a serious face with his white bow tie as he filmed scenes for Bel Ami, but flashed a smile after changing in to an open collar shirt as he left the set in Budapest yesterday. We saw Rob filming with Kristin Scott Thomas in a top hat on Sunday, as well as in his familiar trilby outfit. It looks like Rob's relishing his new role, which he told me all about when I met him at the Remember Me premiere. Rob also explained that he's chosen all of his new films based on one criteria: "if there seems to be a gap in the market for something, then I try to do that". Stay tuned for the rest of my series of interviews with Robert and Emilie! 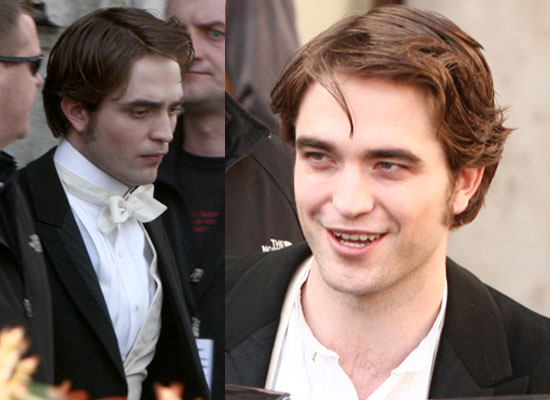