Robert Pattinson swapped his woolly hat and hood for a top hat and tie as he filmed scenes for Bel Ami in Budapest yesterday. He showed off a variety of facial expressions from angry to charming whilst filming with Kristin Scott Thomas in front of a flower cart. 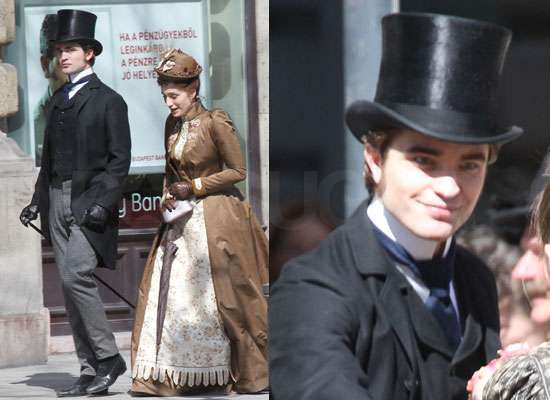 Rob also filmed on his own in front of a newspaper stand wearing the same outfit he wore whilst shooting scenes in London earlier this month. Rob described his character as "someone who’s incredibly focused and has a lot of confidence in himself, and nothing can shake his confidence". It certainly looks like that from these photos! 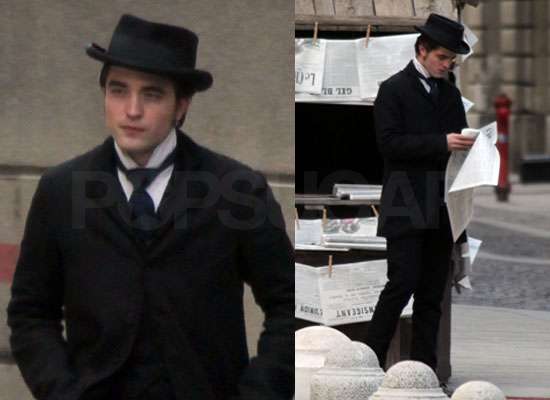