Robert Pattinson is still looking a little cut up in New York at the moment as he films Remember Me alongside Emilie De Ravin as his love interest. His rumoured real life romance with Twilight costar Kristen Stewart has been commented on by his aunt, who says she hopes he'll come back to the UK and marry someone he knew when he was younger. Of Kristen, she said: "I don’t think it would be a good idea for Robert to be in a serious relationship with Kristen," then goes on to say that she worries about them both being celebrities and under so much scrutiny. Do you think Robert could cope with the attention as part of a celeb couple? 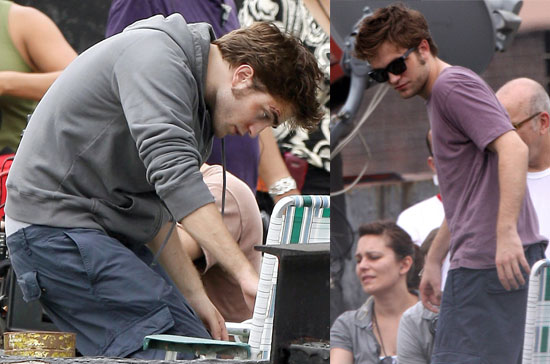