Robert Pattinson has just arrived back at Heathrow Airport after flying in from New York overnight. He tamed his locks under a black woolly hat but wore the same yellow t-shirt as yesterday as he met excited fans following his red carpet appearance in NYC for the Remember Me premiere. Rob returns to the UK to news that Madame Tussauds in London are working on his wax figure to be revealed later this month. The figure will reside it its own special VIP area in the A-list party section and fans will even be able to kiss him on the cheek! 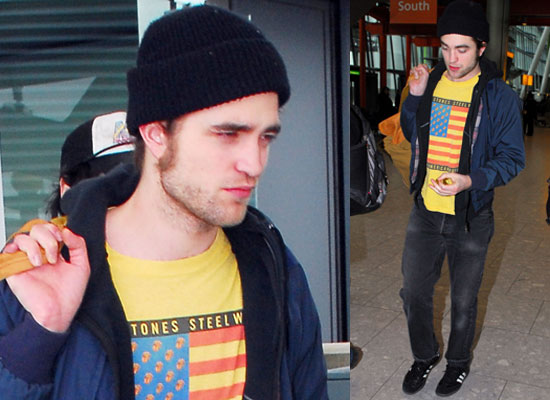