Robert Pattinson's popularity is bringing a lot of attention to the New York filming location of his new movie Remember Me. In his most recent effort to avoid attention, the heartthrob has taken to walking around the set under an umbrella with his security guards. It certainly seems to be amusing him! Meanwhile, Gossip Girl's Chace Crawford has beaten Robert to the title of Hottest Bachelor, in American magazine People — this comes after Robert's defeat in Company magazine's British Bachelor list! So, who do you think is hotter, Chace or Robert? 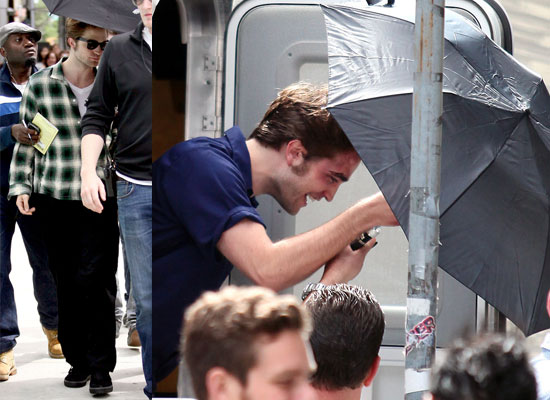