Robert Pattinson was spotted out in London tonight, looking almost unrecognisable with his brand new beard. He's prerecorded a segment for tonight's Hope for Haiti telethon in the city, which will be slotted in among the star studded lineup brought together by George Clooney to raise money tonight. It kicks off on MTV in a couple of hours in the UK, starting at 1am, and then will be repeated at 9pm. Meanwhile Robert looks set to star with Sean Penn and Reese witherspoon in new movie Water For Elephants, based on Sarah Gruen's novel, set during the American Depression. I'm excited to see more of Robert on the big screen! 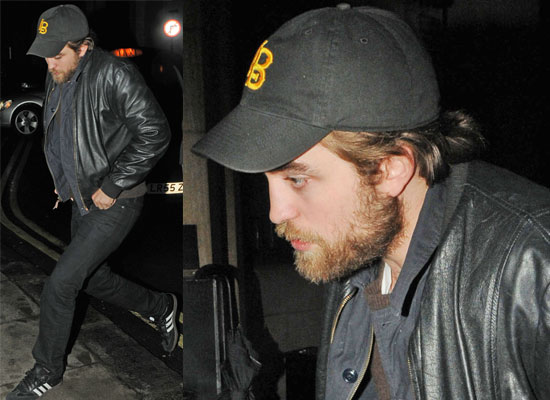