After being reunited with Kristen Stewart and the New Moon gang at Comic-Con in San Diego last week, Robert Pattinson is back in New York already, arriving at JFK in a cap and sunnies yesterday. Rob's earned a huge number of fans thanks to his role in Twilight, with fellow actors like Daniel Radcliffe joining in with praise and adoration. Now stars from the world of music are jumping on the Pattinson bandwagon too. Shakira is such a big fan she's said she'd be interested in a musical collaboration with the actor. With his face getting everywhere too, Robert's growing fame doesn't look like slowing down any time soon. 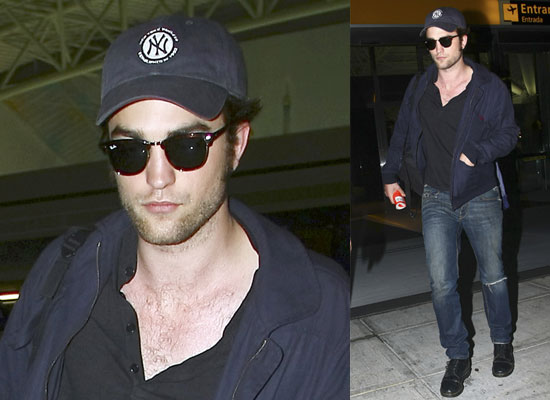