It was a Twilight night out in Vancouver over the weekend as Ashley Greene, Kellan Lutz, Robert Pattinson and some other members of the cast and crew went out for dinner. The cast are in Canada working on the third movie in the series — Eclipse — while we wait for the second movie New Moon to be released in November. After chopping off her Bella locks to play Joan Jett in The Runaways, Kristen Stewart has been spotted with long hair again on set filming a graduation scene at Forks High School. Bella and Edward are back! Are you excited? 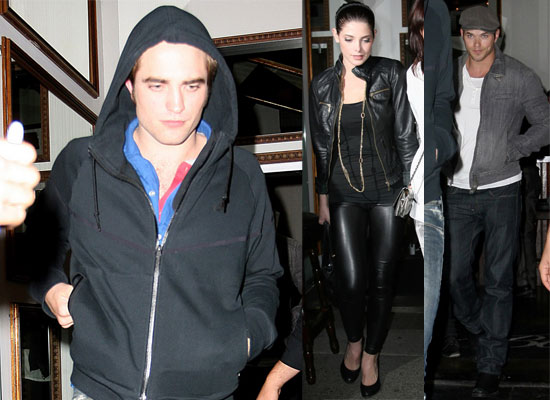