Kristen Stewart and Robert Pattinson were in Bella and Edward mode as they filmed a car scene for Eclipse outside Forks Police Station in Vancouver yesterday. They looked safe and sound surrounded by crew on set, following Jackson Rathbone's accident earlier in the week, but Robert finds watching himself on screen a painful experience. Speaking about not watching himself in Little Ashes, he said: "It's like self-flagellation, so why would I bother?" Fortunately for Rob, millions of us fans love to see him on screen and listen to his singing voice, although unfortunately we won't be treated to any of Robert's tracks on the New Moon soundtrack. 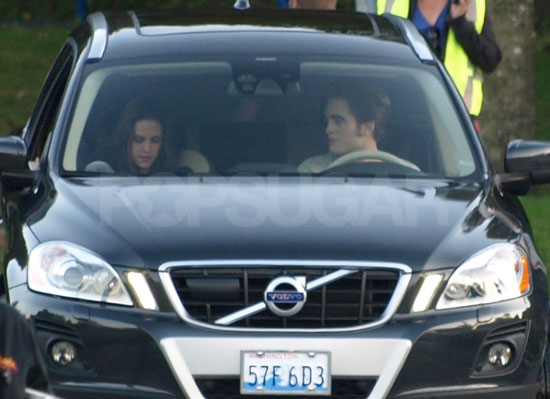