Taylor Lautner, Kristen Stewart and Robert Pattinson felt the UK love at a fan event at Battersea Evolution last night. The guys were smart while Kristen was colourful: do you love or hate her look? The New Moon trio smiled wide as they signed autographs for fans before answering their questions in a panel discussion with director Chris Weitz. Earlier in the day I was lucky enough to meet the gang at a press conference, where Robert talked about fame: stay tuned for all the gossip and check out Molly's interview with Robert! 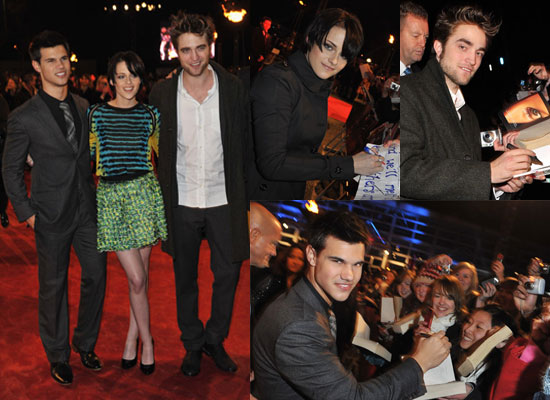 Rob's Harry Potter pal Bonnie Wright (and rumoured girlfriend of Caius aka Jamie Campbell Bower) joined the Twilight stars for last night's event, as did Chloe Madeley who showed her love for Team Jacob: show your allegiance with these cute goodies. You've still got time to enter my giveaway to win tickets to a preview screening in London on 18 Nov! You can also check out video footage of last night's fan event after the jump. 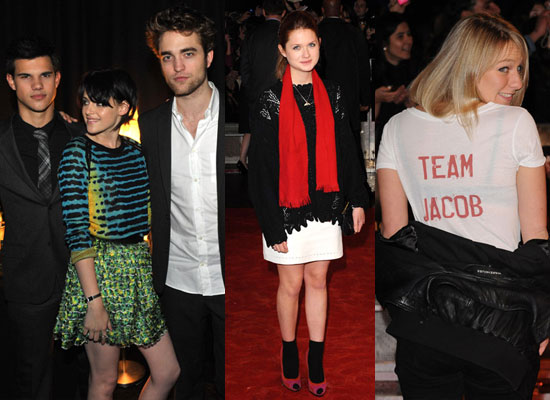