Robert Pattinson, Taylor Lautner and Kristen Stewart dazzled on the red carpet at the New Moon premiere in Los Angeles last night. They were joined by their costars, including Cullens Elizabeth Reaser, Peter Facinelli, Ashley Greene, Kellan Lutz and Jackson Rathbone. After all their promotional tours and interviews, the stars looked happy to finally premiere their film in front of their adoring fans: check out gossip straight from the red carpet via PopUS's twitter! 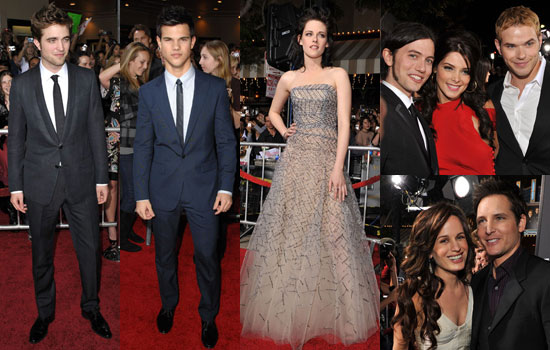 Our very own Brits Jamie Campbell Bower and Michael Sheen represented the Volturi, and were joined by fellow vampire Dakota Fanning, who posed with Kristen and Joan Jett for a reunion of The Runaways crew. While Kristen opted for a full-length Oscar de la Renta dress, Nikki Reed went short as did Dakota in her Valentino number: tell FabUK if you love it or hate it. Robert's Remember Me costar Emilie de Ravin also attended the premiere, as did the woman who began it all, author Stephenie Meyer. Stay tuned for pictures from the after party! 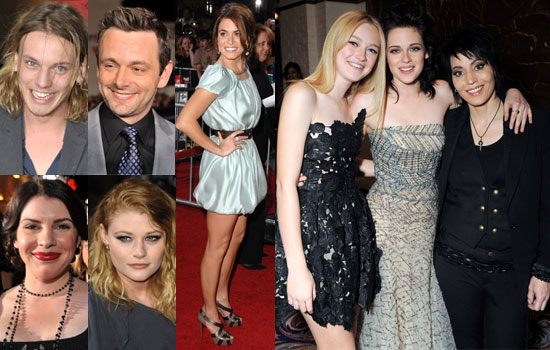