Kristen Stewart looks adorable linking arms with Robert Pattinson and leaning on a laughing Taylor Lautner in these just-released pictures of the trio's appearance on Jimmy Kimmel Live. The New Moon gang filmed the interview during their press weekend in Los Angeles earlier this month, and the result will be shown in America this Friday to tie-in with the release of the film: check out my review. Jimmy raised the question on everyone lips by asking Taylor: "what's going on with these two?" but loyal Taylor replied: "I wish I could tell you"! Watch a preview of the show after the jump, and stay tuned for more gossip from the trio in my interviews. 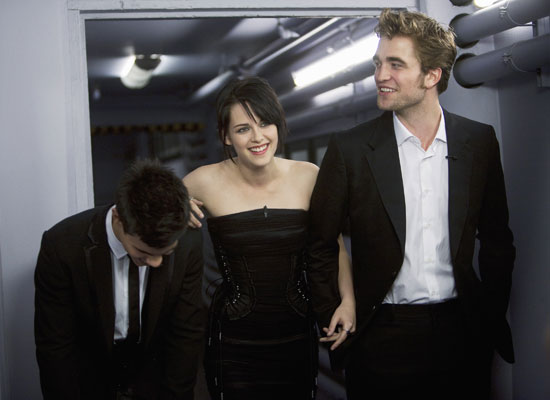 To watch a sneak peek of their interview, plus see more pictures, read more.