Robert Pattinson and Kristen Stewart took Twilight to Paris last night, screening the movie in the French capital. My girl FabUK wants to know if you love or hate Kristen's look! The movie has made £93million in seventeen days in the US, and will be released in the UK on December 19. This week the director of the film, Catherine Hardwicke, announced that she won't be back to direct the sequel, saying she could not commit to 2009/2010 release date. This comes just after the film's US release set a new record for the biggest opening weekend for movie directed by a woman. A replacement has not been named for the sequel, but the cast (including gorgeous Robert) will return. 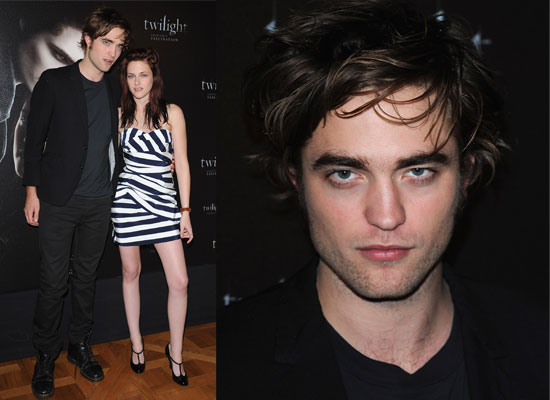