Robert Pattinson was out trying to be incognito at a Sushi bar in LA earlier this week, looking rather handsome in his hoodie and hat. My girl Buzz recently sat down with the British actor to talk about all things Twilight, and she found him eloquent and thoughtful. There's something about him that doesn't seem to fit the usual teen heartthrob stereotype, though he has definitely become one thanks to his latest role. Already out in the States, Twilight is released here on December 19, and a huge majority of you were already really looking forward to it when I polled you last month. 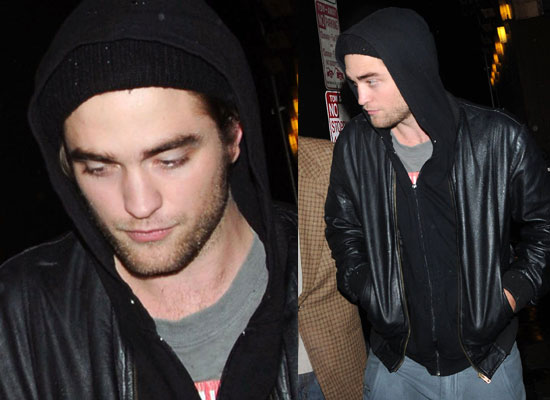 I'll definitely be checking it out, despite its very mixed reviews, as I'm rather taken with the brooding Brit hunk. Rob also writes and performs his own music, with a couple of songs on the movie's soundtrack. Check out part one and part two of Buzz's fantastic interview with him now!