While Kristen Stewart was already in Los Angeles, her New Moon costar Robert Pattinson flew in to the city yesterday and was spotted heading out of baggage claim laden down with his bags! In his familiar shades and cap, Robert flew in to spend the weekend in town ahead of the Teen Choice Awards that are coming up on Monday. Twilight is up for a massive twelve awards at the ceremony which takes place at the beginning of next week. I'm sure the cast won't go home empty handed — what do you think? 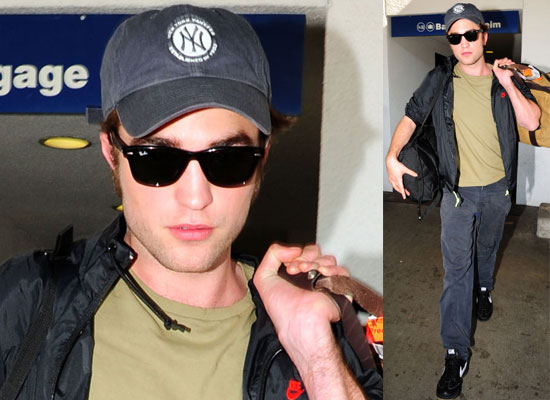