Following Twilight's huge success in Sunday night's MTV Movie Awards, Robert Pattinson flew from LAX to JFK to continue the hectic schedule that has seen him promoting the series of films in Cannes and filming New Moon in Italy with Kristen Stewart over the past couple of weeks. While talking about winning the Best Fight trophy alongside his costar Cam Gigandet, he said: "It made me feel really tough, really hard. I don't think I've ever won a fight in my life. It was cool." It looks like he didn't have a lot of time to take in his victories though, as he rushes off to his next engagement! 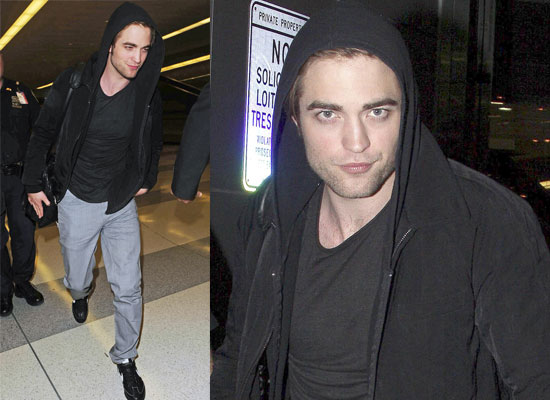