Robert Pattinson wore a woolly hat and hood as he enjoyed a night out in London on Friday. He posed with fans for pictures, after watching Ghost Stories at the Lyric with his good friend Tom Sturridge. When I met Rob at the London premiere of Remember Me he spoke about his tight friendship group, saying: "It’s nice that I’ve grown up with the same friends since I was 12, I have a very close knit set of them". Robert travelled from the UK to Budapest over the weekend to film scenes for Bel Ami, and he chatted about that role too, saying it's "still quite dark, but the guy, his character isn’t so fractured, he’s just someone who’s incredibly focused and has a lot of confidence in himself, and nothing can shake his confidence". Check out what else Rob had to say in part one of the interview series and stay tuned for more! You can also watch Rob's interview with Ben Shephard which aired on GMTV this morning after the jump. 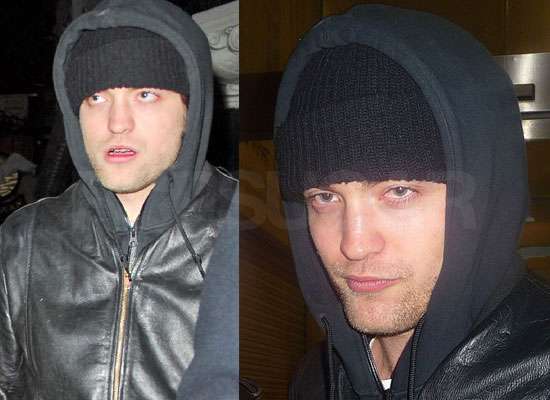