Wow, the bloodied cuts on Robert Pattinson looked very convincing as he waited to shoot scenes on Remember Me earlier this week. He hid behind his shades as usual, as did his costar Emilie De Ravin as she crossed the street in her plaid shirt. Pierce Brosnan was also on set, looking very tanned in his role as Rob's character's father. Shooting wraps up shortly as Rob is due at Comic Con in San Diego this week to promote his Twilight movies. Are you looking forward to seeing him get back on the New Moon promotion trail? 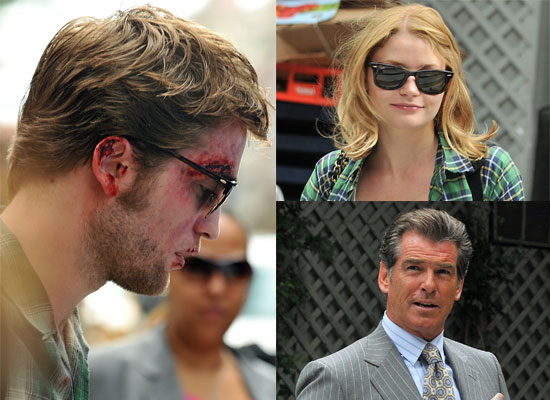