Robert Pattinson has spent this week going between looking bruised and battered and fresh faced as he filmed in New York. He's working hard on Remember Me at the moment, but talk as always is turning back to Twilight as a new still from New Moon has been released, featuring Kristen Stewart as Bella and Taylor Lautner as Jacob. The second movie in the series isn't out until November, but fans are looking forward to seeing Robert back as Edward Cullen. Are you most looking forward to seeing Robert reprise his role as Edward, or seeing him in his new role in Remember Me? 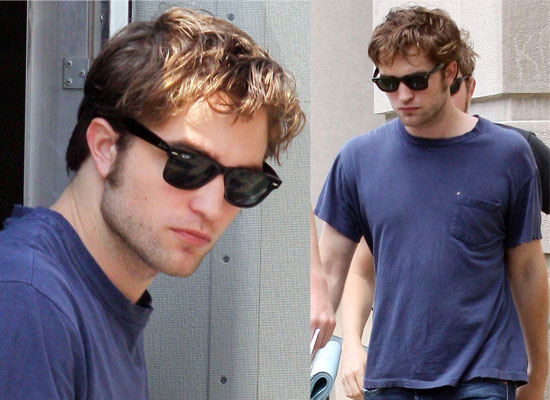