Robert Pattinson spent his weekend relaxing in New York after the New Moon screening in the city on Thursday. On Friday night he had dinner at La Esquina, having worn a sexy green jacket earlier in the day for his trip to a guitar shop. Come Saturday Rob was spotted back in his black leather jacket leaving the Bowery Hotel after hanging out with pals, and his old friend Daniel Radcliffe has praised the way his Harry Potter costar has handled all the attention, saying: "He seems to be coping well". While Robert was enjoying some downtime, fans were flocking to cinemas to watch New Moon, and the film has broken records Stateside and here in the UK too. Have you seen the film yet? Let me know what you made of the movie, check out my New Moon interviews and review, and watch Robert's appearance on Ellen after the jump. 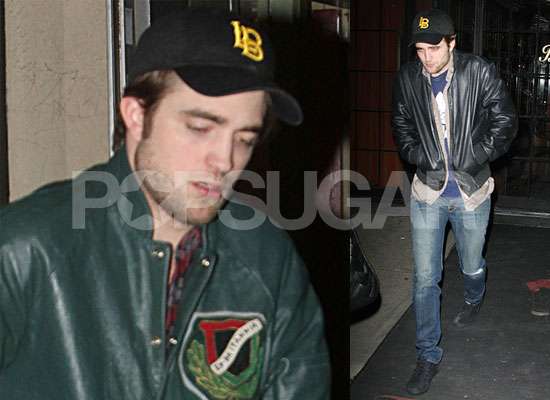