Robert Pattinson looked like he was feeling the heat in LA yesterday as he headed back to his hotel with a bottle of water and his checked jacket in hand. He and his Twilight costars were in Japan at the end of February to promote the first of their popular series of movies, and while they were there Robert teamed up with Hugh Jackman to do a little karaoke! I wouldn't mind either of those two hunks serenading me, but both? What a sight to see! 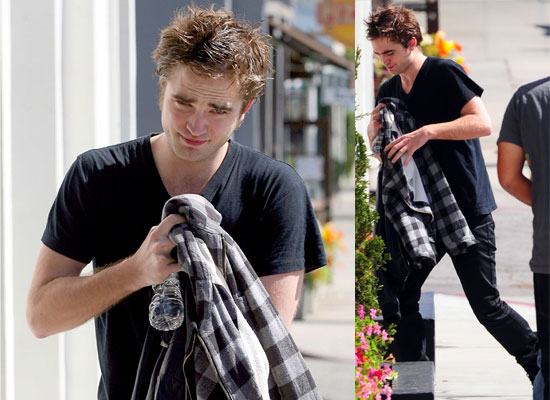