Robert Pattinson has been looking bruised and battered again on the set of Remember Me in New York this week, as he shoots more scenes for the movie. While Emilie De Ravin hasn't been around this week, fellow castmember Pierce Brosnan appeared looking very smart and smiley in his suit, and Diane Sawyer was also spotted on set. While Robert was out in the warmth of New York, his former Harry Potter costars were out getting soaked at the London premiere of the latest movie — maybe the difference in weather yesterday will make Robert feel a little less homesick. 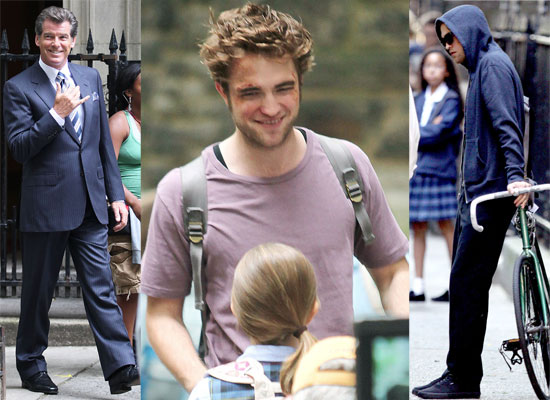