Robert Pattinson hit the streets of NYC for the cameras again this weekend, hiding behind his familiar shades between takes as he shoots his new movie. Wearing a navy blue hoodie and trousers, he got into character and filmed a scene with a young costar whose bright pink sleeping bag he was carrying. He's due to wrap shooting the movie this week, and will be heading to Comic Con in San Diego alongside Kristen Stewart to promote the new Twilight movie New Moon. Exciting! 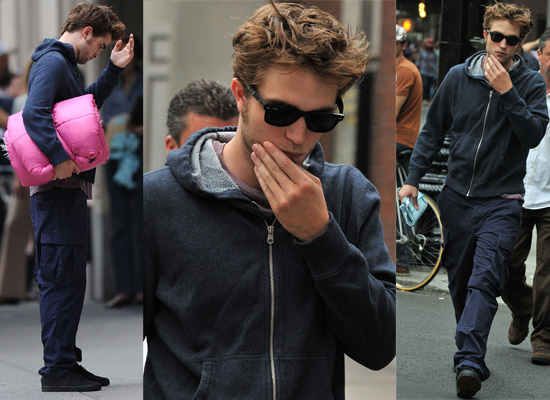