After spending time with fans on the red carpet at the UK premiere of Remember Me, Robert Pattinson continued to keep his fans happy signing autographs as he left The Ivy via the back door following the film's afterparty. He added a black hat to his outfit, as he jumped in a cab with pals. Greg Rusedkis and his wife Lucy also joined Rob at The Ivy, after the tennis ace signed autographs at the premiere. Get red carpet gossip from my Twitter updates! 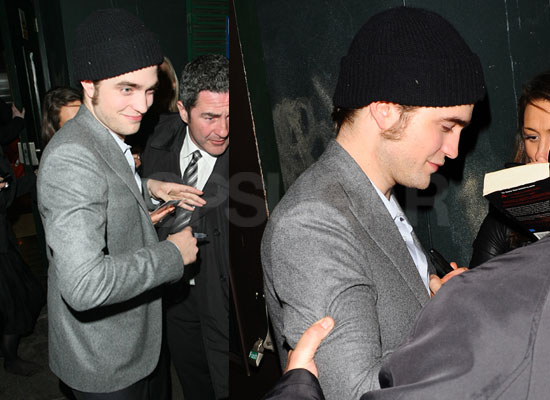 To see more pics of Rob at the after party, just read more.