Robert Pattinson is in snowy Vancouver at the moment with the rest of the Twilight cast, filming the sequel to the smash hit vampire movie — New Moon — and smoking in between takes. The hot Brit actor is looking gorgeous on the front cover of US GQ magazine, and opened up about his thoughts on acting and his future, saying: 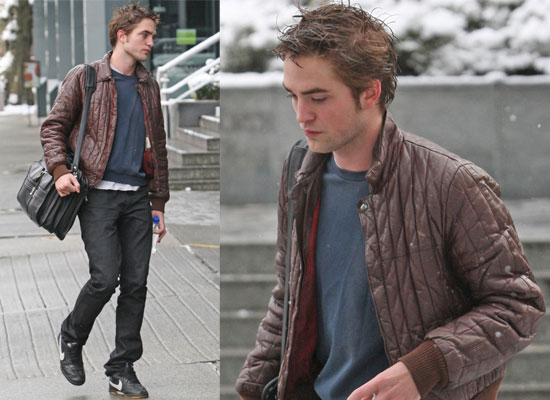 "I’m not massively concerned about doing lots of acting jobs. If it all just went, right now, I’d be like, 'All right. I don’t really care.' That’s probably a stupid thing to say. But I don’t, really. I think it’d be much worse to do a load of stuff that’s really bad. Because then you can’t go into another career. If you’ve made an idiot out of yourself, you’re never going to be taken seriously, as a lawyer or something, if you’re, like, a joke actor. The only thing I want from anything is to not be embarrassed."

Lets hope the quality roles keep on rolling in for him then, are you hoping Robert sticks to acting?