Robert Pattinson was looking scrummy in his suit as he made his way back to his trailer in Queens yesterday, taking a break from filming Remember Me. We saw Pierce Brosnan on set earlier this week looking sharp in a suit, while Robert's mostly been looking pretty scruffy and bruised in costume while filming— it's a nice change to see him scrub up and look smart, isn't it? We should be seeing more of Robert soon as he's reportedly going to be on the cover of Vanity Fair magazine, but I wonder if we'll see him suited and booted, or more of his more familiar scruffy look! What would you like to see? 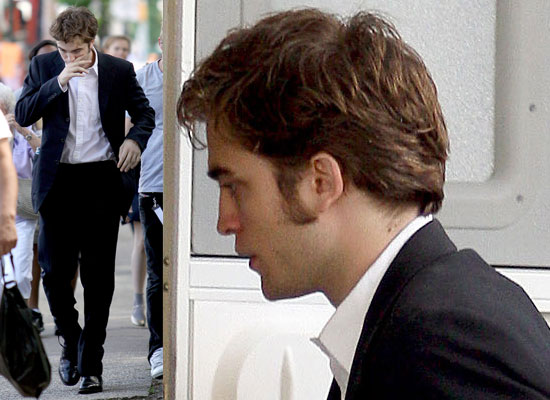